Please view Ms. Pemberton's powerful talk about her desire to attempt a vaginal birth after a cesarean and the hospital court order which forced her to have cesarean surgery against her will. 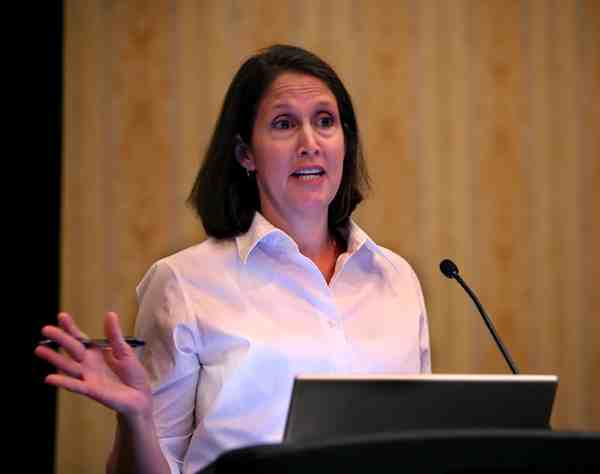 On January 20, 2007, Ms. Laura Pemberton generously spoke at the National Summit to Ensure the Health and Humanity of Pregnant and Birthing Women, held in Atlanta, Georgia.

The Summit’s supporters and attendees represented one of the most diverse gatherings ever to address issues concerning reproductive health and justice. It was sponsored by Pregnancy Justice and included more than 60 organizations ranging from advocates for mother-friendly childbirth to those that advocate for the right to choose an abortion. It brought together over 300 maternal, birthing, and reproductive rights activists along with social justice activists, legal and policy experts and health care providers from 37 states, the District of Columbia, Puerto Rico, Mexico and Canada.

Participants moved beyond the divisive abortion debate to find common ground in the experiences of pregnancy and the increasing limitations to care and support that all pregnant and birthing women face. Working together, they identified violations of pregnant and birthing women’s civil and human rights and created the basis for formulating an agenda that genuinely values pregnant women, maternal health, and motherhood. Standing together, they demonstrated the collective possibilities of broad based support for laws and policies that genuinely promote a culture of life — one that includes and values the women who give that life.

Ms. Pemberton spoke about her personal experiences filling in important facts missing from the trial court decision in her case, Pemberton v. Tallahassee Memorial Regional Center, 66 F. Supp. 2d 1247 (N.D. Fla. 1999). The decision in her case was never appealed and exists as a distinct outlier, lacking precedential value outside of the Florida District in which it was decided. Cases that have been decided on appeal and argued with the benefit of a full record and participation by expert amicus (friends of the court) have consistently ruled that women do not lose their civil rights to due process of law, informed consent, bodily integrity, liberty and life because they are pregnant. See See In re A.C., 573 A.2d 1235, 1253 (D.C. 1990) (en banc) (vacating a court-ordered cesarean section that was listed as a contributing factor to the mother’s death on her death certificate); In re Fetus Brown, 689 N.E.2d 397, 400 (Ill. App. Ct. 1997) (overturning a court-ordered blood transfusion of a pregnant woman); In re Baby Boy Doe, 632 N.E.2d 326 (Ill. App. Ct. 1994) (holding that courts may not balance whatever rights a fetus may have against the rights of a competent woman, whose choice to refuse medical treatment as invasive as a cesarean section must be honored even if the choice may be harmful to the fetus).

Ms. Pemberton's presence and presentation at this conference in no way reflects support for any of the views or opinions expressed by other individuals or organizations at this historic event.

A pdf of the Pemberton decision is available here.